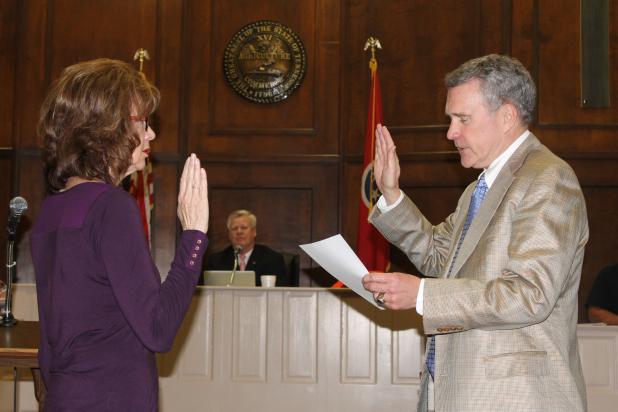 "Steve and David would have wanted me to go ahead and do this, to go on and finish out David's term in office," said Connie Young, mother of David Young.

David Young, former BCHS teacher and Hardeman County Commissioner who passed away on February 2, 2015, succeed his father, Steve Young, on the county commission after Steve's passing in 2014. After David passed away in February, Connie stepped up and continued the family legacy of public service during the Hardeman County Commission meeting on Tuesday, March 17, and was sworn into office by Charles "Chip" Cary to complete her son's term on the commission.