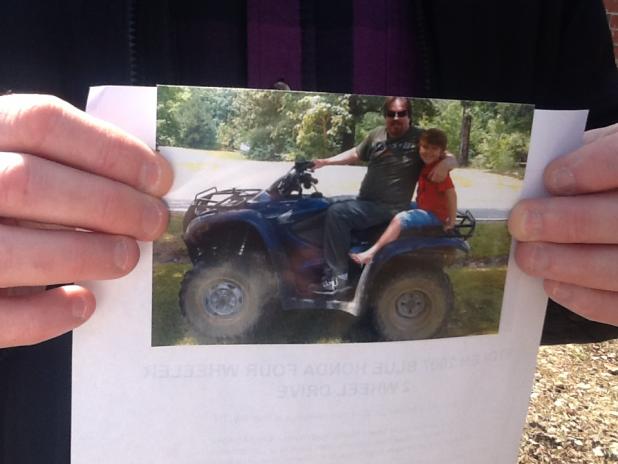 A Hornsby resident is offering a reward for the arrest and successful prosecution of the individuals responsible for the theft of his 2007 Blue 420 Honda Rancher on October 20, 2014. The ATV was stolen from his home sometime between midnight and daylight the following morning. The ATV was chained to a light pole in his back yard where the thief, or thieves, cut the lock to the chains with a bolt cutter and took the ATV.

David Hurst, of Hornsby, said he is not seeking to obtain the ATV back but he has two keys to the 4-Wheeler and the title and is offering it up to the individual who will turn over any information leading to the prosecution of those responsible for stealing it.

"To me, it's tainted and it will never feel the same again," said Hurst.

Hardeman County Sheriff John Doolen said the sheriff's department does have a suspect in the case but does not have enough evidence to prosecute them at this point.