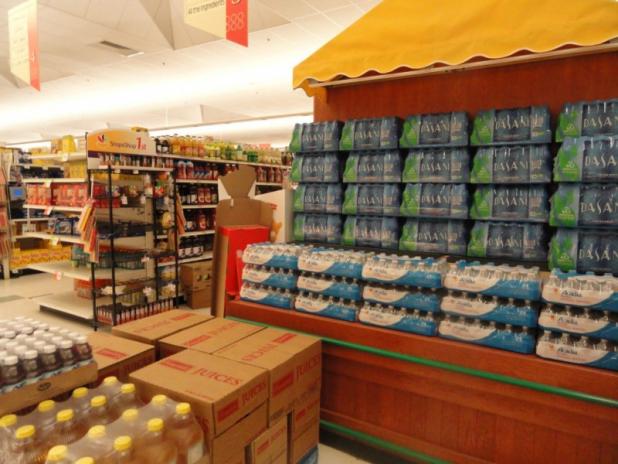 Milk and bread for storms? Why?

As the Mid-South has endured winter weather since Sunday night, shutting down schools, businesses, and cancelling events, it has sent residents running to the local grocery stores for the traditional bread, milk, and eggs. Although there are variations, such as alcohol, snack foods and even ice cream, most individuals stick to the traditional milk, bread and eggs. However, questions for consideration arise as to how this tradition of milk, bread and eggs for storms began and is it the best solution to prepare for a storm.

Early newspaper coverage of storms reflect the tradition was in force, perhaps began, during one of Pittsburg’s worst snowstorms, which began on November 24, 1950. News media reported milk as ‘the one shortage that has hit all sections’ and bread as being ‘doled out in some stores’.

Although, when taken into consideration the ‘essentials’ of bread and milk have seemed to always been the items of choice in preparation for storms (whether it may be a flood or winter storm), it does not seem to be the logical choices. The essentials, picked up by most individuals as preparation items, are typically cleared out of grocery stores in an effort to prepare for the loss of power. On the other hand; since milk needs refrigeration, eggs need a way to be cooked, and bread is not a sufficient source of nutrition by itself, it may not be the best solution to prepare for the loss of power.

Since families typically had wood burning stoves in their homes during the 1950’s and earlier, eggs would have been easily cooked on a stove top during the loss of power. On the other hand, with most residences today having central heat and not containing indoor wood burning stoves, the use of heat to cook eggs during a power outage presents a problem. With many families turning to outdoor grills as cooking devices during a power outage, eggs may not be the only solution. On the other hand, it is essential to remember power outage also means no way to cool items such as milk and eggs, unless of course you use Mother Nature’s ice and snow on your porch.

AccuWeather.com reports the blizzard in New England in 1978 also may take credit for the urgency of gaining milk and bread during severe weather.

“It appears that New Englanders can take credit for the purchasing of milk and bread prior to the storm,” the site reports. “It was the monumental blizzard in 1978 that trapped many in homes for weeks that get at least some credit for the current tradition.”

Though the origin of the tradition and reasons why may not be official or discovered, the way of life for those in 1950, even those in New England in 1978, is different from individuals today regarding heat sources and ways of maintaining meals. It is important to note there are some other ‘essentials’ for food, which may pose better options than the traditional milk, eggs and bread, that families will need in order to prepare for potential power loss during a storm.

Consider items that do not need to stay hot or cold, such as peanut butter (which provides substantial amounts of protein) and crackers, nut spreads and preserves such as jellies and james, fruits and vegetables, dried fruits and nuts, juices (particularly those that are not commonly found in the refrigerator section), breads, muffins, bagels, tortillas, dry cereals and granola, powdered or canned milk, protein bars and protein shakes. In addition, consider items that are typically stored in a fridge, but can be safely left out of the fridge for a number of hours if not days. You should stock up on items that can be left out of the fridge for hours or days, such as salsa, ketchup, or mustard, pickles or foods preserved in vinegar, salted butter or margarine, hard cheeses (such as cheddar, Swiss, provolone, and parmesan… just make sure it is wrapped and sealed). According to food experts, yogurt can be left out up to eight hours without refrigeration. In addition, bottled water is a necessity since hydration is important.

Using dry ice during a power outage in your freezer or fridge can assist in maintaining safe foods.

The goal for all families is to stay prepared and ensure your preparation and the items you are reaching for are the best choices for a power outage and severe weather.