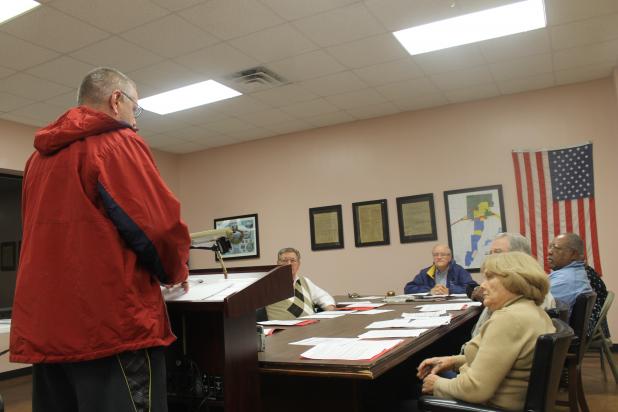 Whiteville Police Chief Steven Stanley addressed a range of concerns with the Board of Aldermen and Mayor James Bellar at the Aldermen Meeting on Monday night, afte Bellar has eliminated the Police Captain position and terminated another police officer within the last two weeks.

Although Bellar informed Stanley and the Board of Aldermen during the October meeting that Stanley would be given until the November Aldermen meeting to explain the police decline in number of traffic citations or Bellar would eliminate two police positions, Bellar terminated Kenny Brown and Donnie McElhone two weeks after the meeting and against his statements to the Board of Aldermen that Stanley would be given until the next board meeting to explain the department's performance.

When asked by Stanley to explain the expectations he had for the police department, Bellar said "one word: effective". Although, the police department's records reflect one of the lowest crimes rates and highest solvency rates the city has experienced since prior to Stanley becoming chief. Additionally, Bellar terminated one of the most effective police officers (who wrote one of the highest number of traffic citations of the department).

However, faced with only five full time officers, Stanley told the Board of Aldermen that one officer was a National Guardsmen who would be called up to National Guard duty on various occasions, one officer would be going on extended medical leave for up to a month soon, and Stanley himself has not been cleared medically for shift duty at this time (after having a medical procedure on Monday), therefore the department would be having only two officers and could face a high volume of overtime or even times when police coverage was unavailabe. Stanley asked the mayor and Aldermen their suggestions on how to ensure the citizens were protected at all times.

We will have a complete breakdown of this meeting, how it impacts you, and more in this week's Bulletin-Times.

Stay with us for video coverage posted soon of the meeting only on www.bulletintimesnew.com