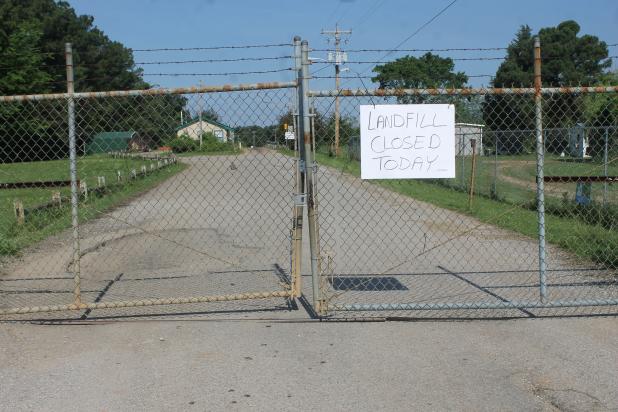 The Hardeman County Landfill, which normally operates Monday through Saturday, has been closed Saturday, June 6, due to continued violations of state regulations. Investigation by The Bulletin-Times discovered the landfill had been closed by Mayor Jimmy Sain due to bailed garbage not being covered and left overnight uncovered. The landfill has been under fire from the State of Tennessee officials due to continued violations, including uncovered garbage and leachate running into the ground. State officials also cited the county for having animals, such as buzzards, flying around the landfill and causing more potential safety issues due to the garbage being left uncovered.

Sain refused to comment on the violations or the closure of the landfill on Saturday.

We are continuing to investigate the extent of these violations and what county officials plan to do in order to address the continuing issue. State officials almost fined the county for these same violations last year but continued to work with newly elected mayor Jimmy Sain. However, on going violations have caused Sain and county attorney Charles "Chip" Cary to meet with state officials in Nashville in an official violations hearing. It is unsure if the landfill will reopen on Monday at this time.