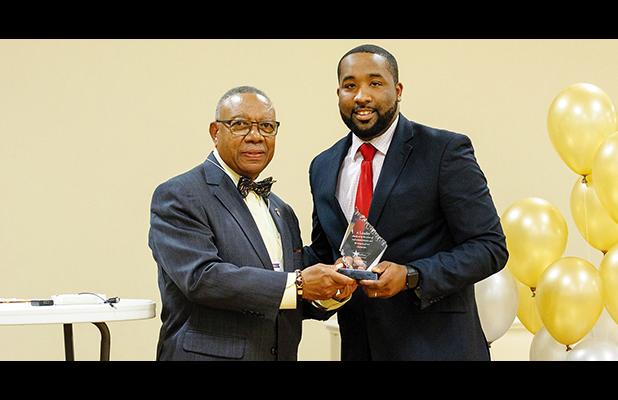 Bolivar Mayor Julian McTizic received the African American Conference Emerging Leader Award from the University of Tennessee at Martin’s WestStar Leadership Program during its annual African American Leadership Conference held April 26.
McTizic currently serves on the boards of directors for Southwest Tennessee, Bolivar General Hospital Healthcare and the Young Elected Officials Network. He is also a member of the Bolivar Rotary Club and the Leadership Hardeman County class of 2018.
In addition to the Emerging Leader Award, McTizic has also earned such honors as the Multi-Millionaire Salesman Award and the Woodmen of the World’s Sure Start Award.
The African American Conference Emerging Leader Award is given annually to an individual under 40 years of age who has made a positive impact in his or her city or county during the past year. Potential candidates are nominated by current conference committee members and must have strong records of leadership in West Tennessee during the past five years.