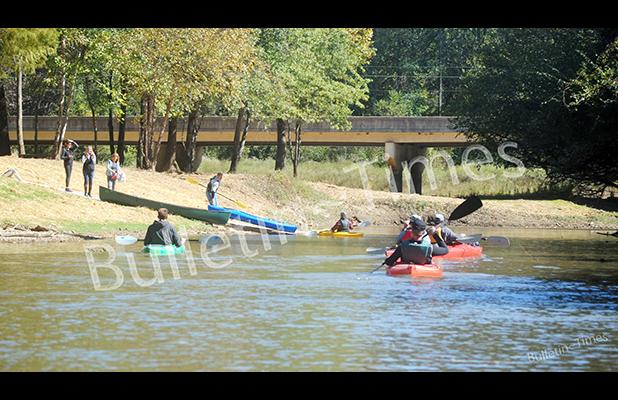 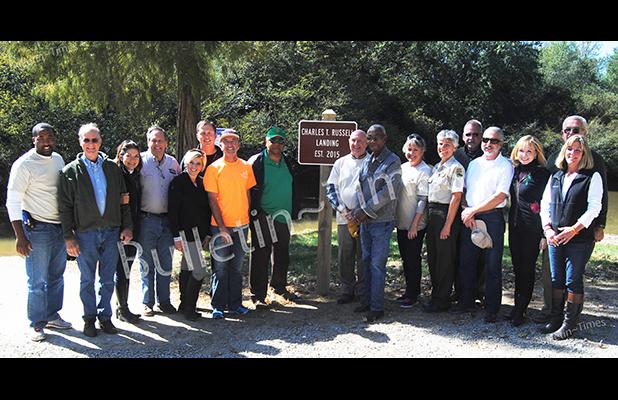 The Hatchie Town River Park was officially opened, and dedicated by Bolivar Mayor Barrett Stevens on Saturday, October 17 during a celebration that lasted from 9 a.m. to 2 p.m.
The day began with a canoe/kayak trip down the Hatchie starting at Hwy. 64, and going for about nine miles to the new Hatchie River Park and river landing. At the park, there were exhibits on hand explaining about future plans for the park, as well as other areas along the river.
At noon, Bolivar Mayor Barrett Stevens gathered everybody around the landing for the official dedication of the park and landing.
“Today marks a turning point in the history of Bolivar and Hardeman County,” Bolivar Mayor Barrett Stevens said. “Today this park becomes the first public park in Hardeman County located on, and dedicated to the use, enjoyment, appreciation and preservation    of a natural treasure, the Hatchie River. The Hatchie is one of a kind, being the last pristine and wild river in the Lower Mississippi Valley. It has never been channelized or dammed as it flows to the mighty Mississippi.”
The mayor went on to say “We would not be here today without the cooperation and support of a very special man. When we began discussing this project, we knew we would have limited funds to work with, in order to obtain a grant from the state. Mr. Charles Russell owned the property and thanks to his willingness to sell it at a very deep discount, we were able to purchase it, along with a 50 percent grant from the Tennessee Department of Environment and Conservation. In recognition of Mr. Russell’s generosity, we are naming the landing area in his honor.