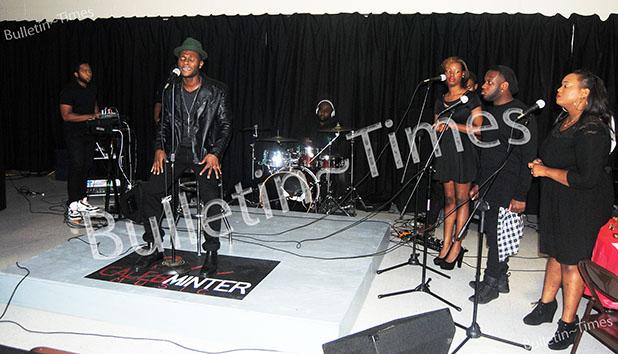 Caleb Minter, A rhythm and blues artist originally from Bolivar, who currently resides in Atlanta, GA, returned to Bolivar on Saturday, November 21, for a concert at the Bolivar City Hall, his second here this year.
Minter, whose brother, Clarence Minter, was murdered in Bolivar on December 19, 2014, presented the show as part of his Stop the Violence Magnum Movement, which he started earlier this year.
“I started the movement to bring awareness to gun violence,” Minter said.
Minter was born and raised in Bolivar, but moved to Atlanta, GA two years ago. He has recently released a song, “Gone too Soon,” in memory of his brother. The song is available on iTunes.