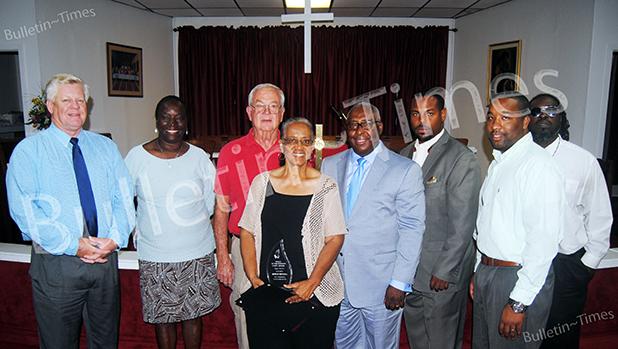 Shirley Mitchell was awarded the 2015 “Unity in the Streets Peace Award during a special ceremony at St. Paul’s CME Church in Bolivar on Wednesday, August 19.
The award has been presented annually since 1999, shortly after Rev. Barbara Fitzhugh created the Unity in the Streets organization in an effort to ease racial tensions in Jackson. The award was given out annually there until 2012, when Fitzhugh started a chapter in Bolivar. Since 2013, recipients have been from Bolivar. Other Bolivar recipients were Wanda Robinson in 2013 and Thomas Leech in 2014.
Mitchell has been a volunteer with several local organizations for many years, including the NAACP, ANGELS, Inc., Hardeman County Commission for Black History, and the Juneteenth Committee, among others.
In addition to the award, Bolivar Mayor Barrett Stevens and Hardeman County Mayor Jimmy Sain both presented proclamations honoring Mitchell.