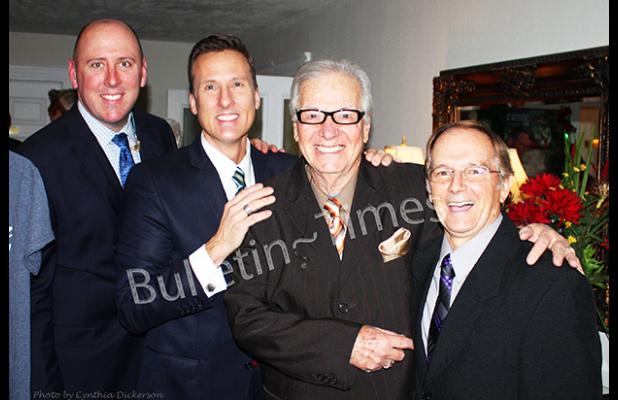 The award winning southern gospel group, The Kingsmen shared a night of music and worship at West Memorial Baptist Church (WMBC) on Thursday, Jan. 13 with their top songs that span more than five decades as well as music from a newly released album, Battlecry.
Inductees of both the Gospel Music Hall of Fame and the Christian Music Hall of Fame, The Kingsmen also known as The Kingsmen Quartet were introduced by Steve Wood, WMBC Minister of Music.
WMBC interim pastor Adam Holloway gave a brief message referencing Ephesians 6:13 and the quartet opened with “I’m So Glad That Jesus Saved My Soul,” “Traveling Home,” and their newest album title song, “Battlecry.”
Kingsmen Bass singer, Ray Dean Reese; Lead singer, Bob Sellers; Baritone, Randy Crawford; Drummer and sound technician, Brandon Reese all make up the traveling group.  While they prepare to have a new tenor join them, Ernie Phillips reconnected with the band to fill a space left by Chris Jenkins who recently resigned.  Phillips, who performed with the group from 1977-1983 and was once named Southern Gospel Tenor of the Year still had the high notes covered and said he was thrilled to be performing with The Kingsmen for a portion of their tour dates.
Other former members of the quartet may be familiar to Southern Gospel music lovers.  They include Eldridge Fox, "Big" Jim Hamill, Squire Parsons, Johnny Parrack, Anthony Burger, Gary Sheppard, and a host of others.