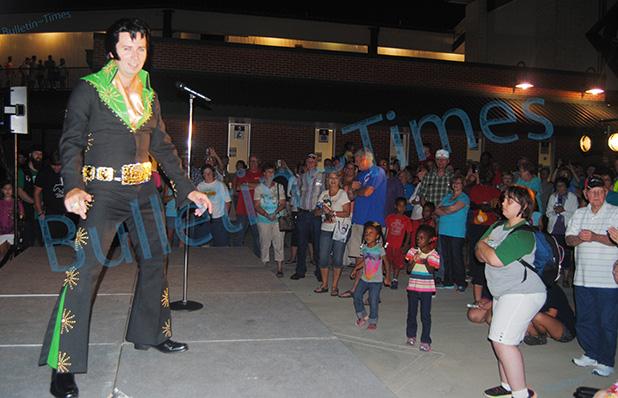 Elvis Presley fans all over the world devote most of the month of August celebrating the life, and commemorating the death, of the King of Rock and Roll. That means it is an extra busy time for Elvis tribute performers like Hardeman County’s Brian Lee Howell.
“August, along with May and December, is always one of my busiest months of the year,” Howell said. “Right now, I have 23 shows booked for the month, and could add a few more before the month is over with.” He performs everywhere from assistant living facilities to corporate and private events. He also does several shows at Wolfchase Galleria in Memphis every August and, for the fourth year in a row, has been the featured performer for Elvis night with the Jackson Generals.
Lee, who has been doing Elvis tribute shows for 11 years, (10 of those years full time), knows more than 600 Elvis songs from memory and many of his shows feature several costume changes highlighting all phases of Elvis ’career.
For those who have yet to see one of his shows, or would like to see him again, never fear, he will be opening for Smallshack on Friday night, August 21, at 7p.m., at the Bolivar Downtown Amphitheater for Music on the Square.